Dietitian with a Holistic Healing Approach 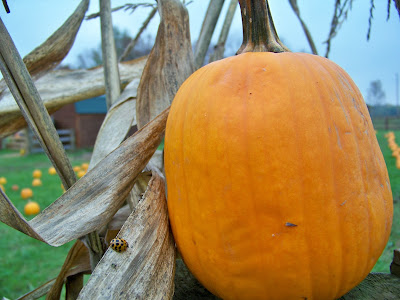 Pumpkins, apples, squashes, and harvest.  Nothing like celebrating nature’s gifts of fall.  Andy and I took a trip to Pheasantview Family Farm  where each weekend in October they open up their home-farm for people to come and pick pumpkins, take a hay ride, play with the animals, and enjoy the kiss of fall color along the wooded trails.  Pheasantview sells their organic produce and fresh eggs at the Sunbury Farmers Market May-October and they hold their own market Thursday evenings in Westerville.  Click Here to check out their website for more details! 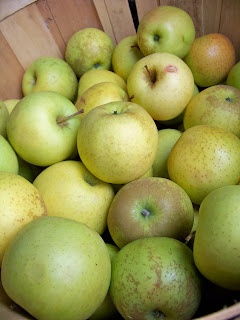 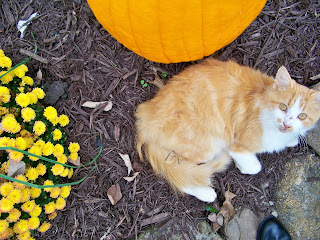 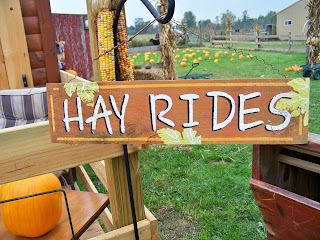 There’s nothing like crisp, organic apples fresh and in season.  However, conventionally raised apples are one of the most heavily pesticide-sprayed crops and can be laced with multiple chemicals, meaning choosing organic varieties is especially important!  Here’s a little more information on the antibiotics that have been used in conventional apple farming: Go Organic and Local on Apples!  “Dirty Dozen” Fruits and Veggies with the most Pesticides

With the apple’s that we’ve gotten from their farm I decided to do a little apple-prep by chopping them up and preparing a simple and healthy “pie-filling” that can be used for apple crisps, tarts, pies, and bakes.  My grandma was the master of pies…she would prepare fillings with whatever fruit was in season and freeze them for the upcoming months.  In-season apples are 1000x better than the cold-storage grocery store apples available the rest of the year so I try to savor the flavor as long as I can!

Here’s a quick and easy gluten-free, apple cobbler or pie filling that can be prepared ahead of time while apples are plentiful and baked later with any apple dessert recipe! 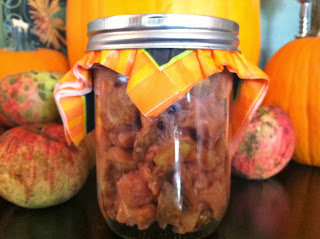 Fun Down on the Farm… 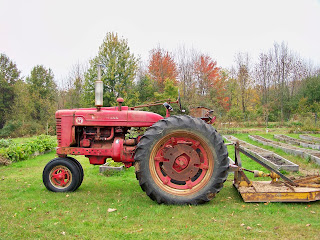 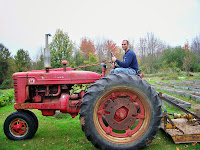 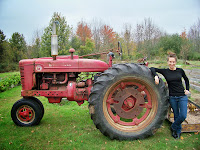 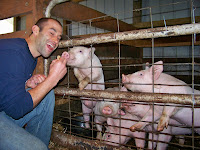 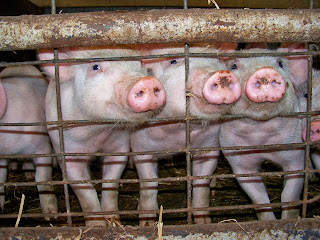 These little guys are too cute!  They love food…Pigs 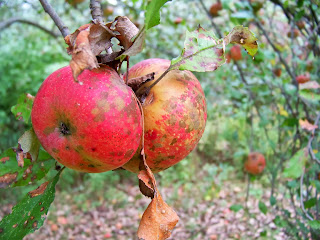 Wild Apples…they don’t look as “pretty” but they taste amazing!

View all posts by The GreeneBerger »

My name is Laura and I am a Registered and Licensed Dietitian Nutritionist in Westerville, Ohio. I am passionate about using holistic practices to help people lose weight and heal chronic disorders with food. My services include customized nutrition counseling, meal plans, online nutrition counseling and lots of recipes! Contact me to schedule a consultation!

Get Recipes right to your inbox!